India is currently witnessing multiple protests against the Citizenship Amendment Act (CAA) passed by the BJP (the ruling party of India). In a nutshell it fast tracks citizenship to few religiously persecuted refugees like Hindu, Sikh, Jain, Buddhist, Christian and Parsi from neighbouring countries.

Some argue this act brazenly violates secular structure of India by explicitly inserting religious clause in the constitution. Others are worried that CAA along with NPR & NRC could be used to disenfranchise poor Muslims who lack proper documentation. I will defer my opinion on this matter for another day. However I fail to understand how innocuous poem of Faiz, Hum Dekhenge, is mired in controversy.

It all started when a video of a student in IIT Kanpur reciting Faiz’s poem when viral on Twitter.

A faculty at IIT Kanpur has submitted this video and a complaint to director, alleging anti-India & communal statements made at a recent event held in 'solidarity with Jamia' & that event held without permission.

"When All Idols Will Be Removed...
Only Allah’s Name Will Remain" pic.twitter.com/fbmNFwVBiw

Following are the lines of the poems which are deemed controversial

These lines loosely translates to

When idols will be taken out,
When we the faithful-who have been barred out of sacred places
will be seated on high cushions
When the crowns will be tossed,
When the thrones will be brought down.
Only Allah name will survive

My inability to undertand Urdu compelled me to seek help of English translator. However I failed to see how the poem maligns Hinduism. Faiz was a communist in Pakistan yet he was culturally a Muslim. So it was but obvious that he draws inspiration from Islam. He used his poem to protest against the oppressive regime of Zia Ul Haq, a military dictator. Zia imposed many bans including on sarees for being anti-Islamic. Iqbal Bano, a famous Ghazal singer, wore Saree thus defying the ban & sang the poem at the Lahore Alhamra Arts Council in 1985.

Since idols are sacred in Hinduism but a sin in Islam so some Hindus have objected to the allegory which glorifies idol destruction. Anybody who has studied comparative religion, can argue that almost all religions contradict themselves. So allegory from one religion can’t be extrapolated to other religious beliefs. And that’s okay because we as human beings have learned to co exist despite our difference in beliefs & convictions.

In hindsight, it might be prudent for Faiz to use generic word for God like Khuda instead of Islamic god Allah. But it’s Faiz’s preporgative to choose appropriate words which adorn his poetry. Since Poetry has multiple interpretations, so cherry picking few lines of a poem without context is problematic. The poem also talks about Anā al-Ḥaqq which is considered a heresy by fundamentalist Muslims.

In Somali, a Muslim extremist group banned samosas (a delicacy) as it resembles Trinity. Some Christian fundamentalists suggests against practicing Yoga since they believe it’s a work of the devil. Some fringe Hindu group are trying to stop celebration of Christmas. World is full of such lunatic people. They are mostly insecure about their culture & suffer from xenophobia.

I’ve a short life on earth & have no time for such bigotry. So I enjoy beautiful things from all cultures. In the end, I’ll share a rendition of the poem by Coke Studio which you might enjoy 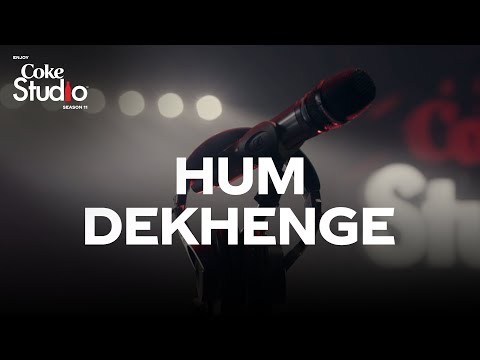