Why homeopathy is so popular in India?

I recently came across a Youtube video of Genelia Deshmukh, famous Indian actress, promoting homeopathic products. Along with her husband, they have invested in a startup called Welcome Cure. Science has repeatedly dismissed homepathy as quakery or at best placebo, but that has not deter government of India to fund & research homeopathy under AYUSH ministry.

As a kid I usually heard about two types of medicine. One was allopathy which is a pejorative term for modern science. It was always blamed for side effects. “Only if you are really sick”, my uncle used to say, “should you take allopathy”.

Other was alternative medicine, which is an umbrella term for Ayurveda, homeopathy, yoga, acupuncture, etc. “They don’t have any side effects”, I often heard, “they should be recommended first”.

It was developed by Samuel Hahnemann in 1796. During this time modern germ theory of disease was not prevalent. Most scientist believed in miasma theory of disease. Also unconventional methods like bloodletting was also prevalent.

Homeopathy in a nutshell has two theory

What does the science say?

Some homeopathic practitioner uses scientific jargon to legitimize homeopathy. “For the first time in the world, we are using homeopathy for genetics”- Mukesh Batra2. Such claims are nothing but baloney.

One of the myths of Homeopathy is that it has no side effects3.

A 2012 systematic review of case reports and case series concluded that using certain homeopathic products (such as those containing heavy metals like mercury or iron that are not highly diluted) or replacing an effective conventional treatment with an ineffective homeopathic one can cause adverse effects, some of which may be serious.

Celebrities & Politicians are powerful influencers in any country. The product they endorse usually have huge impact on consumer buying behavior. List of politicians endorsing homeopathy products:

On Tuesday evening, Dr. Batra's Positive Health Awards were held at the Royal Opera House. Dr. Mukesh Batra a world renowned Homeopath along with his son, Dr.Akshay Batra celebrated the 12th anniversary of these special awards.His dedication towards his work has been remarkable

Nita Ambani is the chairperson and founder of the Reliance Foundation. 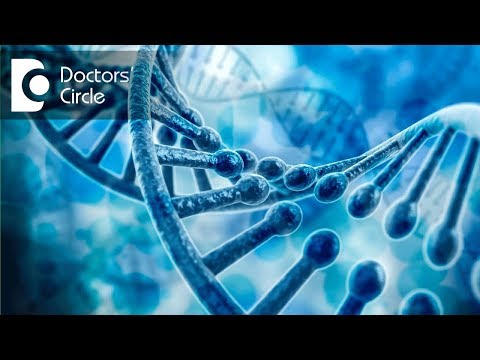 If an herb in Ayurveda can cures an illness, it becomes part of modern medicine like Sarpagandha is used in treatment of systolic hypertension. Artemisinin inhibits malaria parasite has been part of Chinese Traditional Medicine. Yoga has been demonstrated to increase mental and physical benefits.

Many countries are discontinuing funding to homeopathy for example France will end reimbursing of homeopathic patient by 2021, Spain in 2018 plans to ban homeopathy, etc. I was surprised to find homeopathy medicine in CVS, a common drugstore in the US. I came across the news that a lawsuit has been filed by the Center for Inquiry (CFI) against this practice5.

It’s unethical for the government of India to continue to promote hemeopoathy. Indian budget 2019 allocated ₹ 62,398 crore for healh sector. AYUSH ministry got ₹ 1,939.76 crore which is 15 per cent more than the previous fiscal6. It’s a boon for politicians as they can delude India masses by providing them substandard healthcare with less expense. It’s ironical that most of Indian politicians continue to go abroad for their medical care.

Investing in modern science requires both capital & extensive research in R&D. Successive Indian government have tried to use ancient past to hide their failures. Vedic Mathematics, documentary by K. Jagjivan Ram, won the 48th National Film Awards for the best scientific film by the government of India. Vedic mathematics has nothing do with either mathematics or vedas7. Promotion of yoga is great, but obsession on research on cow8 is unwarranted. Instead of splurging money on researching on Ganga water’s9 miraculous properties, it would be prudent for the government of India to clean the river first plagued by serious pollution10. Homeopathy is one such tomfoolery which India must get rid sooner for her own good.