Dear Vishi, does a virus poop?

Listen to this article

When the alarm clock breaks my slumber, I roll down on my bed, blindly crawling towards my alarm clock as if it was a bomb to diffuse it. After multiple snoozes, I relinquished my dreams and come to my senses. Gulping water after I wake up is my first activity. Next, I excuse myself to the bathroom for “nature call”. All living things from a simple bacteria to a giant dinosaur needs to perform two basic life function; eat and excrete.

Our world has been ravaged by covid pandemic recently. So it would be apt to talk about viruses. As a child, my imagination often ran wild, wondering how viruses hijacked our bodies, and more importantly did they eat and poop like other microbes?

It’s a bundle of genetic material (RNA or DNA) wrapped in a protein capsule called capsids. It’s different than other microbes like single cellular organisms. For example bacteria is a free-living cell which can survive inside or outside of a body. Outside the body, viruses look like just a lifeless collection of molecule.

Van Leeuwenhoek is often noted as “father of microbiology”. He was able to observe many microbes like bacteria around 1676 using single-lensed microscope. However viruses are 100 times smaller than bacteria usually in the range of 100 nanometer. Visible light has a wavelength of 400-700 nanometer. So we cannot see any object less than half of the wavelength of light. So anything smaller than 200-350 nanometer is not visible under optical microscope. Hence electron microscope are used to probe the structure of a virus.

Viruses are notorious for living a twin life. Outside the host cell, viruses are at best not alive. They can’t grow, reproduce, metabolize or maintain a constant internal temperature. They don’t need nutrition and thus have no excretion. So viruses can’t poop, unlike bacteria.

However something remarkable thing happens when a virus invades a host cell. It hijacks the cellular process to produce a virally encoded protein that will replicate the virus’s genetic material. So it does resemble a living entity.

Due to this disparity, scientists often describe viruses as “organisms at the edge of life”.

Can a virus die?

Do viruses die? A virus cannot die outside the host since they are not alive. However, its capsid can degrade in the environment which ultimately makes the virus inactive. Inside our bodies, we have specialized T cells (white blood cells) that circulate looking for cells that are infected with viruses. Cytotoxic T cells kill cells that are infected with viruses. They recognize an antigenic peptide bonded to an infected cell. 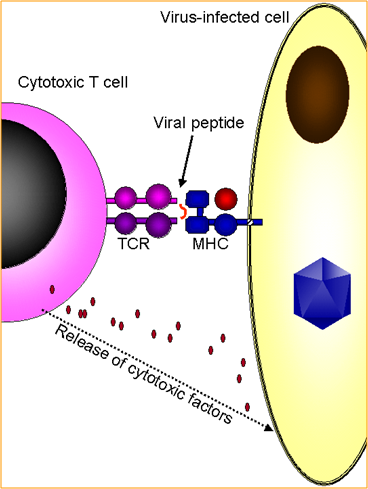 There are many hypothesis regarding origin of viruses like escaped hypothesis which describes viruses as RNA or DNA fragments which escaped from cells. Another hypothesis like virus-first suggest that viruses predates singled cell organisms. Viruses were simple self replicating RNA molecule with enzymatic activities. Sadly virus cannot leave physical fossils since viruses persist for short duration in environment. The only footprint persist are that of those viruses which invade the genome of the host. So origin of viruses is still shrouded in mystery.

Viruses are the most sophisticated parasites that infects all living things. However not all viruses are bad for humans. Bacteriophages viruses usually found on mucus membrane lining in the digestive, respiratory and reproductive tracts. They destroy specific bacteria thus boosting immune system. However certain bacteria has developed CRISPR-Cas9 adaptive response system to protect against bacteriophages. This fortunate stroke of discovery has now enabled scientist to use Cas9 enzyme as a “molecular” swiss knife to alter a specific part of genome.

Science has enabled humans to escape the perilous life of the cave and settle into modern human civilization. The comforts of modern human civilization offer us protection from predators like lions or wolves. Humans in modern cities no longer fear being devoured by giant predators but are vulnerable from invisible minuscule cellular and acellular microorganisms. Winning an arm race against viruses for humans still appears to be a far-fetched dream.